Under federal and Massachusetts safety regulations, the general contractor cannot delegate safety obligations on the job site to another entity, for example under contract with a safety consultant or other subcontractor.

Since safety regulations exist to produce safer construction sites, they are the basis for determining legal responsibility against anyone whose non-compliance contributed to the accident.  This might include subcontractors, safety consultants, architects, project engineers or suppliers of unsafe equipment or material.

Construction accidents usually mean serious personal injury or worse.  As a result recovery through the initial worker’s compensation claim is often inadequate. Workers’ compensation covers most of the medical expenses and wages lost during recovery.

Whats more, claiming the worker’s compensation benefit precludes the injured worker from suing his employer for damages in a civil action.

Consequently, the injured construction worker looks to other responsible third-parties for compensation.  This is usually the general contractor, sub-contractors or the companies responsible for the hazardous situation causing the accident.

When insurance companies dispute a worker’s compensation claim, the parties litigate the dispute in the Department of Industrial Accidents and an administrative judge examines the evidence and rules.  The proceedings and outcome in DIA hearing can affect other third-party claims brought by the injured party.  For this reason, it is always beneficial to consult with an experienced worker’s compensation and trial attorney to discuss third-party claims.

If you’ve been injured while working on a construction site in the Greater Boston area, call our office to speak with an experienced workers compensation and construction accident attorney. We offer no obligation case evaluations so you may better understand your options. 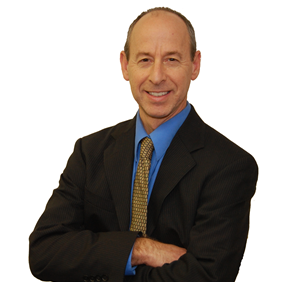 Attorney Houde is a top rated personal injury lawyer serving the Greater Boston region. With law offices in Medway, Attelboro, Needham, and Wellesley, Massachusetts, he will travel to meet clients at their home, hospital, or work. He is skilled at handling all facets of a successful injury claim, from proving liability to looking into all possible sources of insurance coverage to dealing with insurers and defense counsel.

We are happy to provide a consultation to all first time clients. Please complete the form below and we will contact you.

We are happy to provide a consultation to all first time clients.

Please complete the form below and we will contact you.